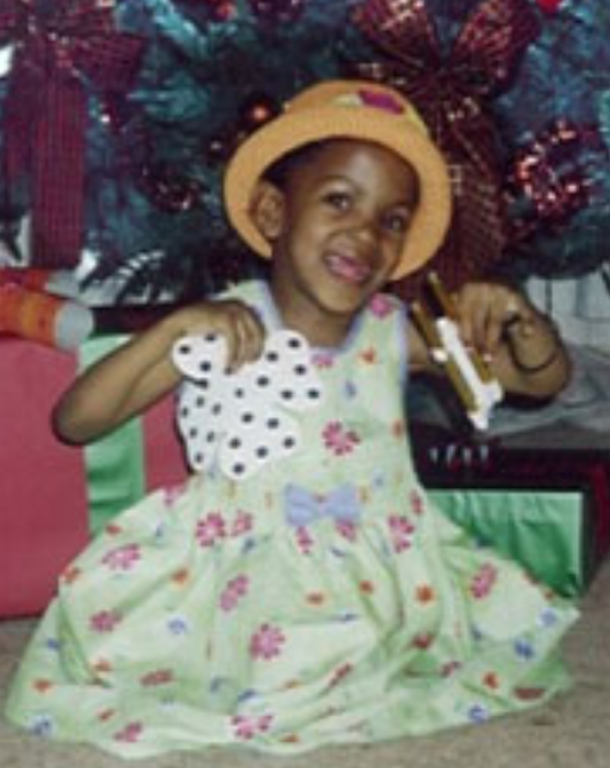 Six months ago, Celine Mouton was so spastic that she spend most of her time in a foetal position. Her mother, Anna, had already become worried when Celine was 6 months old. After several tests at the Academic Hospital in Pretoria she was referred to the clinic for cerebral palsy.

Before the Acutouch therapy she could not chew, she had to suck on her food and then swallow. She could not even turn in her sleep, she never crawled, and her arms and legs were pulled up with spasm. Her one leg pemanently crossed the other and both her knees and ankles were turned inwards. Celine's feet were also turned inwards, and when she was held up, she used the inside of her feet as heels. On top of all, this Celine could understand everything, but nobody could understand what she tried to say.

Hannah Helberg, the Genesen Therapist who assisted with Celine's treatment, said she knew she would get some relief, but did not know to what extent. The Acurepatch was applied daily behind her head to treat the cerebral part of the brain. Acutouch Therapy was also applied directly to areas of spasm on both her arms and legs.

Celine's hands started to relax within a short period of time and the fact that she could then for the first time pick up her toys caused great excitement for herself and her mother, Anna. At the same time, the spastic colon relaxed for the first time in her life. Both mother and child realised that she was going to improve even further. Celine showed a lot of perseverance for such a small child, and two weeks after the treatment started her speech improved and her legs and feet straightened and relaxed with time.

Today Celine pulls herself up into a standing position and she also walks small distances with help. The last time Genesen heard from Celine she could put her feet flat on the floor. We believe that this new development may mark the beginning of Celine's ability to eventually walk on her own.

Marlie Loots was born prematurely on 9 May 2000. She wasn’t breathing and she was already blue. The hospital staff eventually stabilised her on a ventilator. The following morning Marlie had 3 convulsions approximately 10 minutes apart.

Marlie was released from the NNICU after a month. Everything went well after that until Marlie got bronchitis. Marlie was diagnosed with asthma, and they noticed that she couldn’t move her neck to the right when she laid on her left side and the other way around. Marlie was 4 months old when she started physiotherapy.

Marlie’s slow progress was troubling her parents, and doctors again performed a series of tests, which included an RT, MR and EIG. Results disclosed that she had an epileptic charge throughout her brain, cerebral oedema and severe damage in her white matter. The doctor prescribed Epilum and Prelone to control her convulsions. She slept all day and showed no interest in the world around her.

In December 2001 the family bought an Acurepatch and a set of Genesen Acutouch Pointers. (They are currently using only the patch, and will begin treatment with the Touch Pointers soon.) In the past, Marlie could only take sweets to her mouth, but now she is even able to take the patch off her head! Her parents noticed a remarkable difference in her energy levels, and she started sleeping soundly at night. By the end of December, they observed that her concentration had improved, and she curiously turned her head as people spoke to her. She showed a lot more interest in the world and also had better concentration. She even pulled things off the table to play with them, held her own toys and took toys from other children. On 27 December she started to turn onto her right side when in bed. On 1 February 2002 she started talking back in baby language and now tries to feed herself. Marlie’s sense of smell has also improved dramatically. She is now learning to crawl.

Cailin Douman was born prematurely 3 years ago. She could not communicate or sit, and her lower limbs were mostly affected by spasms. She got bronchitis on a regular basis, and her lungs were very weak. She was very restless and irritatable, and her sleeping patterns became very irregular. A common CP symptom, salivation was present, and constipation also occurred regularly. Although she was spontaneous and pleasant, her biggest problem was still her legs, especially her left hip, which was very spastic. Moving, crawling, and walking caused extreme pain.

Her parents started treatment with an Acurepatch on 13 October 2001. Within the first two weeks of treatment, she became more patient and peaceful. She slept much better and her digestion improved daily. After the first month, her salivation remarkably reduced and her verbal skills improved. She was also paying more attention to her surroundings. After 6 weeks of Acutouch Therapy, she comfortably moved around and her spastic legs decreased tension. Communication constantly improves. Her sensitive respiratory tract became stronger. On 3 January 2002 Cailin began to crawl -- something she was never able to do. Treatment continues on a daily basis.

Louis Conradie is a nine-year-old boy from Cape Town who has Cerebral Palsy. His is very spastic in his arms and legs, and has a very high muscle tone. Louis is very intelligent and his mind is quite alert. His main problem is in his upper limbs, and it is worst on his right. Mrs. Conradie has a set of Genesen Acutouch Pointers rather than Acurepatches, because they are more effective at Louis' age. Although Louis can talk, he still has difficulty in pronouncing certain sounds and vocals. After one month of treatment, his spasticity improved, and his whole body feels more relaxed. He shows more interest in his surroundings, and concentrates better. In the middle of January 2002 his hand started to react to treatment. He actually started to move his hand, which he wasn’t able to do before. By the beginning of February 2002 he could physically use his hand. His parents give home tuition, thus making it a lot easier for Louis to use his computer. Louis still receives treatment and improvement can be seen every day.

Jeran Harris was born 2 months early and was diagnosed with Cerebral Palsy when he was 10 months old. When he was 5 months old, his mother had noticed that he couldn’t sit or communicate. He was constipated, and his left eye squinted. He was taken to a paediatrician, who referred him to a physiotherapist. The evaluation confirmed that he was very spastic and had a very high muscle tone, especially his arms and legs. He was tested by an optometrist, who discovered that Jeran was nearly blind.

After a few months' intense treatment with Acutouch Therapy, his left eye dramatically improved and his verbal skills are up to 70% better. He is capable of using his upper limbs constructively and can hold and take objects in his hands. His regular constipation is something of the past . In January 2002 he started to find his own way around, and acts more independently. Although he responded so well to the treatment, he still receives therapy, and his satisfied parents are looking forward to more rewards for their dedication to the treatment.

Margarita and Elizabeth van der Merwe are 7-year-old twins. The twins were born at 26 weeks. Their parents only realized at a later stage that they could not sit and that both children’s legs were not optimally developed. The upper limbs are normal. Their mother shared that they could talk, but found it difficult to articulate words. Their parents tried to improve their quality of living and sent them to the New Hope School from an early age. They are hyperactive and received physiotherapy, occupational therapy and Herbarium therapy. Their improvement was minimal, but Margarita started completing puzzles, and Elizabeth started stuttering. Margarita finds it difficult to walk and moves with the help of a walking aid. Elizabeth finds it easier to walk, but supports herself against her surroundings. These children have no mental setback, their main problem is they are unable to walk normally, due to complications in the lower back and hip area.

At the beginning of February 2002, their grandmother bought Acurepatch as a last resort. Treatment started 3 weeks ago. The children are noticeably calmer and the high muscle tone started reducing. This was observed by their mother and physiotherapist. Their mother confirmed that their sleeping pattern dramatically improved. They are less resistant to go to bed and they sleep soundly for longer hours. Even more outstanding results are expected in the long run.