The story of one man who refused to accept defeat...and received worldwide acclaim.Genesen Acutouch Touch Pointer Therapy was originally invented in order to treat stroke. 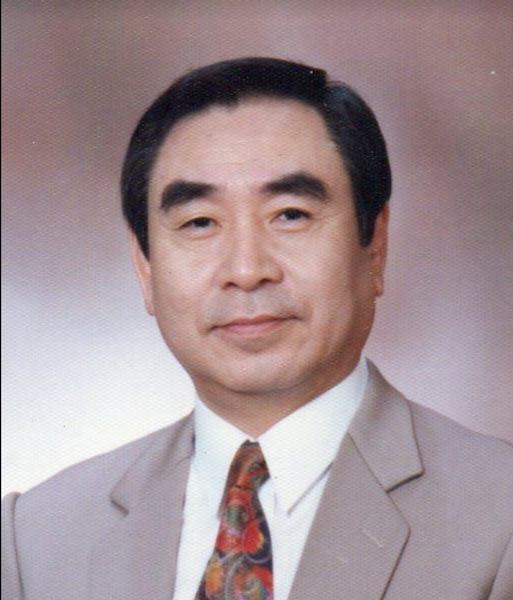 Guest Professor at both the Yeon Bin University Hospital and the Liaoning College of Traditional Chinese Medicine in China.

He is also a Member of the American Institute of Industrial Engineers.

Dr. Chi Kyung Kim is the inventor of the Genesen Acutouch system. This unassuming man has received worldwide acclaim for his invention and earned the gratitude of millions who have been saved from pain and suffering.

The Acutouch system was born out of a deep despair and a sense of desperation when his wife had a stroke and the doctors decided that it was to late to operate. She was moved to a series of hospitals but the reaction was the same. Even when he found a neurosurgeon that was willing to operate, his wife was still in a coma after two operations. The prognosis didn’t change; she would be vegetative for the rest of her life.

Dr. Kim began to ask the doctors certain questions about the specific reason why they were unable to do anything about her condition. The answer was always the same; her brain cells were dead.

When he asked if brain cells could not be regenerated like other cells, he was told that, like a microphone, the brain could not function when the cable was damaged. When the capillary arteries that provide the brain with blood are damaged, the brain cells die of a lack of oxygen.

Dr. Kim, being an industrial engineer, wanted to know why they couldn’t open up the capillary arteries to get oxygen to his wife’s brain. His request was received with disbelief, and promptly rejected as being impossible.

Like many others in the same situation he decided to try Eastern medicine and acupuncture. He took his wife to an acupuncturist who gave the same verdict as his Western counterparts: nothing could be done. Some even said that anyone who said that it could be done was a fraud because it was impossible. Her Chi was blocked and nothing was to be done about it.

Dr. Kim realized that he would not find a friendly door to knock on, and decided to do his own research. The idea to re-open his wife’s capillary arteries kept bugging him, and although the doctors laughed at him, he set his mind to finding a way to heal the damaged arteries and renew the flow of oxygen. It became clear to Dr. Kim that the only way to restore her health was to clear the blockages in blood flow and natural energy to her brain, and restore her natural balance, a process which was then beyond any conventional medical solution.

He combined his engineering experience and understanding of the latest technologies with everything he could learn about the Eastern philosophies of balanced natural healing and life force, or Chi.

He began reading books about neurology and the circulatory system, and about the term Chi that the acupuncturist had used. The more he read, the less he understood what the doctor had said. The information at his disposal explained Chi as an invisible, untouchable idea that could not really be proved to exist.

One morning he made a breakthrough when out of desperation, he started to think about other concepts that used to be invisible and untouchable. Sound, light and magnetism immediately came to mind. These phenomena, once thought to be unrelated, have made a huge impact on our lives in the form of technological inventions after having been researched and harnessed -- the result being radios, television, and a host of other appliances where waves can be controlled, focused and amplified, and received by suitable antennae.

Now Dr. Kim only had to find the right antenna to receive Chi. He came to the conclusion that he could design a therapeutic device that channelled natural energy into the body at treatment points on the meridian lines or Chi channels, using the same principles that acupuncturists have used for thousands of years – but without penetrating the skin.

According to the 4000-year-old Chinese belief a person gets sick when his Chi is bad, and he can only be healed once the bad Chi is overwhelmed with good Chi. This may sound strange, but it is explained by doing the following experiment. Take a glass with dirty water, and then hold under a tap with a small stream of clean water. The dirty water will slowly start flowing over the rim, and the more clean water is introduced into the cup, the cleaner the water will get. This is the basic idea behind replacing bad Chi with good Chi, but how would one implement this idea, and what does Acutouch have to do with it?

Yamata Takao, a Japanese scientist, already discovered in 1985 that Chi resonates stronger in a hexagonal tube than in any other form. This concept is paralleled by other phenomena in nature. Honey also stays fresher for longer in the hexagonal honeycomb than when it is removed from it.

Dr. Kim took the hexagonal tube, combined it with the idea of a magnifying glass used to make fire, and designed the sympalense. Chi-waves are collected by the two sympalenses and are then amplified in the hexagonal tube that is the length of a pen. The amplified Chi is focused by the specially shaped point of the Acutouch Pointer, which then replenishes the Chi, or biological energy of the body.

About twenty years ago a team of American researchers launched a project to find Chi. They found that a small electrical current flows through the energy lanes that the Chinese call meridians or Chi channels. Further research showed that the electrical currents are weaker in certain areas of the body and that people who where tested, had problems in specifically the areas with the weaker currents. People who had weaker currents in the facial area usually complained of sinusitis congestion, colds or allergies. Researchers found that people with stronger currents were comparably healthier than people with weaker currents.

They found that Chi, where it flows in meridians, manifests as a biological current. The team came to the conclusion that a lot of conditions could be healed by amplifying the biological current. Since then this discovery has led to the invention of medical equipment that has been sold to hospitals for thousands of dollars.

The next step in the invention of the Acutouch is again related to America. When a magnetic field is applied vertically to a horizontal flow of water a small electrical current is generated. This current generates enough power to destroy debris as the water flows. America uses the same concept in its water pipes, and even after twenty years there is not enough clogging to warrant the cleaning of the pipes. Countries in which this concept is not used have a continuous problem with clogging of the pipes -- a condition similar to arteriosclerosis.

Dr. Kim admits today that sometimes the solution is right in front of you, but you just cannot see it. Dr. Kim, one of the thousands of Christians in Korea, tells that God opened his eyes to see that this concept is related to his wife’s problem, and that it could be used to open his wife’s arteries to allow oxygen to flow. The only problem was that a normal magnet’s field always gravitates to the other pole of the same magnet. This would prohibit the magnetic field from penetrating the bloodstream at 90 degrees and so generate the current.

When the body suffers from physical or psychological stress, the hydrogen molecules in the body tend to lose an anion. Anions are responsible for the transport of oxygen, and with this loss, the oxygen quality of the blood decreases and super-oxidation increases. The Acutouch Pointers contain Germanium that release anions for an unlimited time. The anions are also amplified by the hexagonal tube and penetrate the skin with the magnetic field.

Far-infrared rays with a wavelength of between 6 and 14 micrometer are well known in the medical world. They enlarge blood vessels and improve circulation. A further important attribute is the waves’ ability to stimulate and renew cells. Far-infrared that resonates at the same frequency as the hydrogen molecule in the human body helps specifically to regenerate the cells of the blood vessels. These far-infrared rays are projected by bio-ceramics, amplified by the hexagonal tube and absorbed through the skin.

Dr. Kim combined all these elements and built a pair of prototypes that included resonating lenses to draw in and focus natural energy, and materials that generated far-infrared rays, anions and a focused magnetic field. He called the prototype pair that he had invented, Touch Pointers.

He began to treat his wife on those points identified by acupuncturists as important in opening up the flow of blood and natural energy to the brain, and maintained the treatment for several months. After four months, his wife recognized him for the first time since the stroke. Within a further two months she regained the power of speech and her memory was restored. Two months later she was walking with the aid of a stick, and now lives a full and healthy life, with little sign of her great ailment. Although they initially expressed complete disbelief, her doctors and all the hospitals they consulted have confirmed her recovery.

Newspapers en television stations in Korea carried the story, and he was soon overwhelmed with requests for the Touch Pointer treatment. Dr. Kim decided to close his engineering practice and open the Genesen Engineering Institute. The word Genesen is a combination of the words Genesis en Energy, and represents the life energy in our bodies which rejuvenates and revitalizes us. He named this new therapeutic device Genesen Acutouch, and the pair of instruments Touch Pointers.

Many tests and clinical trials were carried out at the Yeon Bin University Medical Hospital in China and at the Catholic Hospital in Seoul to confirm its healing effects, before the invention was released onto the market in 1996. Tests and clinical trials continue in several countries, and there is much evidence of success and many case histories confirming that Genesen Acutouch really works.

Dr. Kim created a revolutionary bridge between the natural philosophies of complementary and Eastern medicine and the science and technology of orthodox Western medicine.

The Genesen Acutouch system has received many of the world’s top awards for technology and invention since its introduction, but more importantly, it is helping millions of people to heal themselves, in their own homes, from many ailments and diseases. Genesen Acutouch Therapy can bring balanced healing into your home, and help you and your family to enjoy full, natural health.

There are no products listed under this category.